What Winners Know About Being Fearless 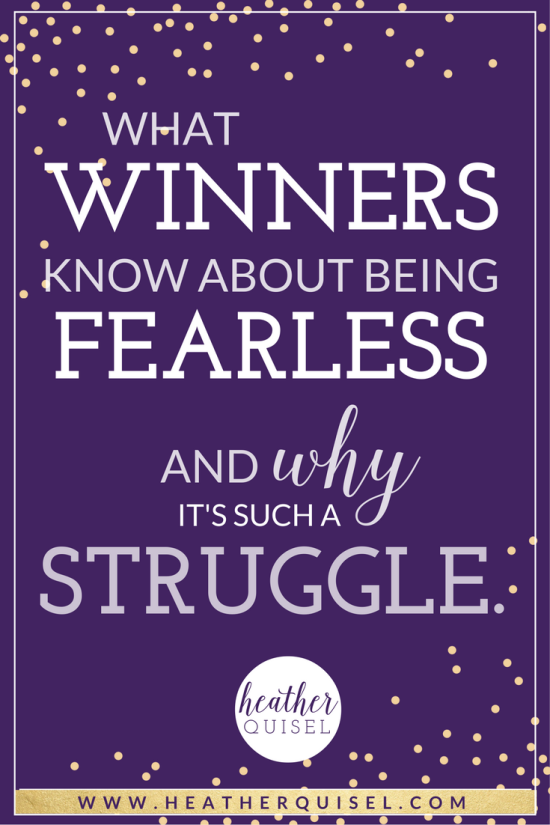 Are you feeling FEAR?

Not the safety kind of fear…not fear of getting burned by the fire, or fear of walking down a dark alleyway alone, and in the dark… not that kind of fear.

Are you feeling Fear? Are you afraid to start that new business you’ve been dreaming of?

Are you afraid to write that book?

Are you afraid to actually GET that promotion, because you fear you’re not ready. Or not smart enough. Or both.

Fear, I’ve found, is actually our greatest navigation tool, but most people read the navigation wrong.

Most people, when they feel fear and resistance over the idea of STARTING…turn the other way; they assume that resistance means it’s “not meant to be.” They think it’s a “sign.”

Oh, it’s a sign, alright! It’s a sign to move TOWARD that fear! It’s your internal navigation system alerting to you move full steam ahead!

The winners are moving forward.

There’s safety in that, but what kind of safety are you after? Safe and SAME? Safe and unscathed? Safe and uncriticized?

Here’s what winners know…the more you feel fear and resistance about an opportunity, a start date, an action, any sort of thought…it’s a SURE SIGN you must do it.

Looking for more nuggets of wisdom from me as you work to become your best self? Check out my YouTube channel.

Subscribe and gain a thing or two as I share the knowledge I’ve gathered while building a million dollar team working only a few hours a week in my yoga pants!