Challenge: Define Your Year in ONE WORD

by Heather | Goals, Life By Design, Path to Success | 0 comments 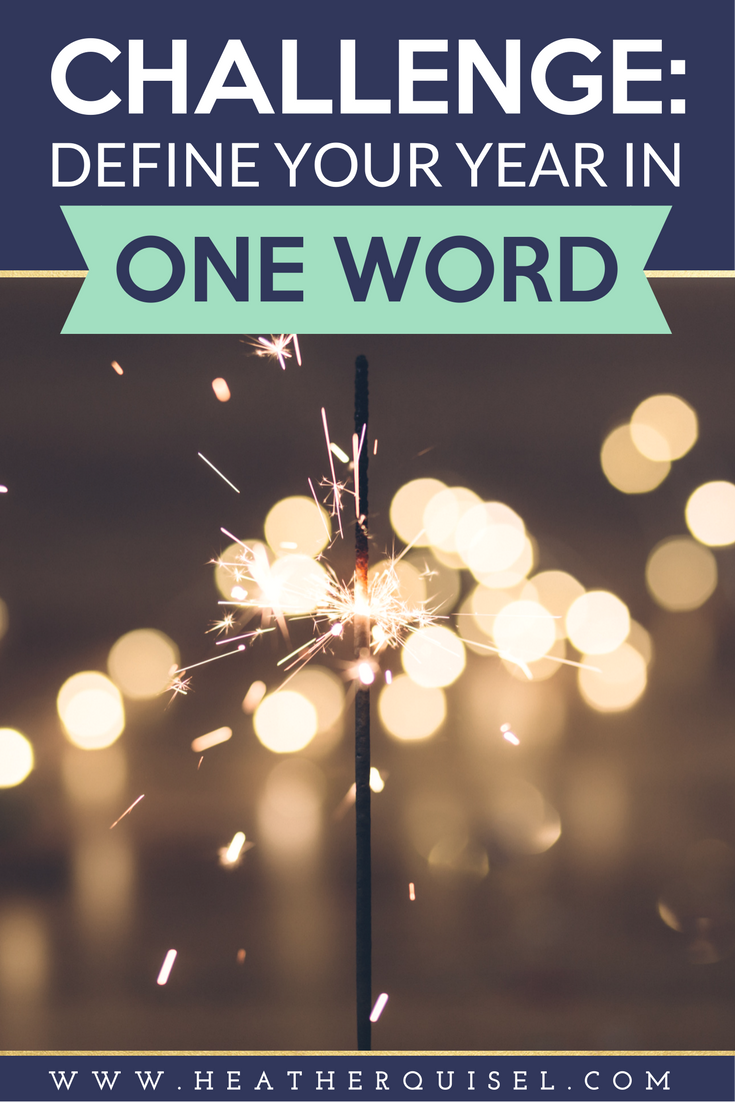 For the past 10 years or so I’ve adopted a word to live by in the new year.

The year before that was VULNERABILITY (that one’s still a work in progress).

The year before that was INTENTION (my biggest growth-year yet)

…and then there were many before…and the very first word I chose in this new personal tradition was BE.

And all the BEs, really.

This year has been different. I’ve usually got the word weeks if not MONTHS in advance and the word ALWAYS chooses me. That doesn’t mean I like the word, either! Last year, when FAITH chose me, it was early…like mid-October. I kept ignoring it, kept trying to work around it, kept trying to NOT CHOOSE IT, yet it was the only word there in my midst.

And as you might expect, FAITH rocked my 2016 world. Faith.Sspiritually, absolutely…but faith in MYSELF?!?! Unexpected.

This year started to feel like the year with no word. Nothing was picking me. Nothing was grabbing my attention or pulling my heart or playing out in conversations over coffee or lunch.

There was just …NO WORD.

And right when I’d figured I was wordless and had accepted the fact that a tradition would be broken because no words had penetrated my obsessive mind, a word jumped out at me from the Bible (of all places).

It’s a word that, on its own, may seem slightly strange. Without the accompanying scripture, the word is incomplete, unformed. And I think, without a bit of personal explanation is still void of understanding to others.

The word that’s chosen me in 2017 is ENTRUSTED.

My friends, if you have much responsibility in your life, if you have been blessed with much, if you are a MOM, for that matter – you’ve been charged with leading others.

That charge isn’t to be taken lightly.

You’ve been entrusted and with that responsibility and blessing you can expect more expectations; more sacrifice on your part; more obstacles and struggle. That’s just part of the deal.

I needed that reminder. In 2017 I will live under the power of the word ENTRUSTED and all it reminds me to do with my voice and leadership: pour into others, give, love, support, encourage.

And a reminder from a favorite leader of mine, Steven Furtick, “If you don’t feel frustrated, you’re not doing it right.”

What’s your word for 2017? Watch how you grow as you embrace the power of your word.