What are you waiting for? How to stop stalling and start making magic happen!

by Heather | Path to Success | 0 comments 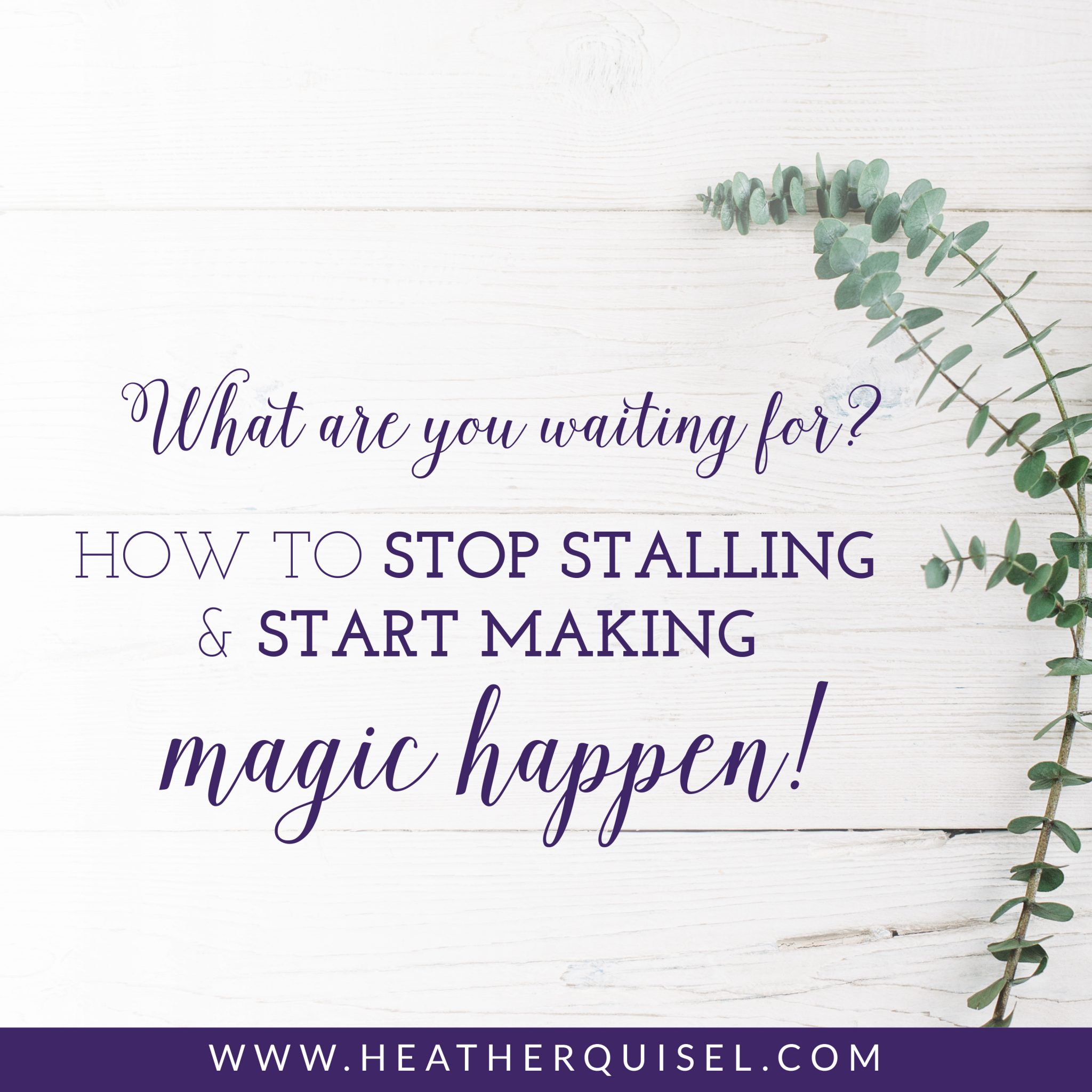 I’m super passionate about this topic! There’s one key difference between people who get what they want and people who stay stuck being frustrated, guilty and stressed out. If you’re reading this, you want to be someone who gets what they want. And you’re in luck! I’ve got some fabulous strategies to help you get there!

Before you can move past the stress and guilt, you need to stop putting things off. There are three reasons why people put things off. Yup, just three, but they can be doozies if you don’t know how to get through them.

You’re afraid you’ll mess it up…that you’ll be judged, etc. There’s a term, “prevention focus.” You’re focusing on what you don’t want to happen and that negative, fearful mindset freezes you in place rather than propels you forward. Instead, focus on what you’ll miss out on if you don’t do it. Let yourself be a little scared of what will happen if you don’t do the thing you’re afraid to do. And then think about how awesome it will feel when you do accomplish it. THAT will motivate you!

Everyone gets a case of the “I don’t wannas” sometimes. The truth is, most people don’t feel like doing SOMETHING. Somewhere along the line, we’ve been misled to think we’ll feel like doing the thing every day…That’s just not true. Stop accepting not feeling like, don’t wanting to as a reason not to. Don’t even have the conversation with yourself. Just do what you know you have to do. Schedule it and get it done.

Guess what, there’s a lot of mundane difficult things that have to be done in order to have the success you want in life. Here’s the thing. The boring, mundane stuff may always be that way, but it’s about your mindset. Go into it grateful for the opportunity to create the life you want. And the hard stuff? It’s only hard until you’ve done it a bunch…then it’s not hard anymore. Put disciplines and structure in place in your life and just do those things.

I know FOR SURE that these strategies work, 100% of the time. Start tomorrow morning when the alarm goes off. No deliberating with yourself. Get up and ROCK it!