Harnessing Frustration as a Source of Motivation 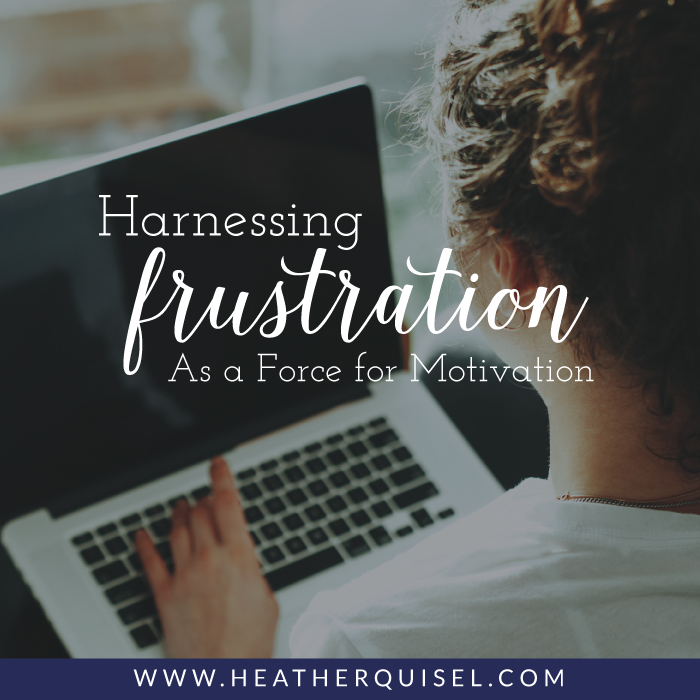 Let’s talk about frustration for a hot minute.

I believe that frustration can become a powerful source of your own internal motivation. And I know this because I’ve done it and because I’ve trained other people to do it.

Frustration is simply part of the testing. If you’re in any kind of leadership capacity – if you are working towards any type of goal (and hopefully you’re becoming a goal getting leader!). . . then you understand the game of frustration, right?

Frustration shows up every time that we can’t quite achieve what it is we’re wanting to achieve. Anytime that we see an expectation and it’s not quite met (that goal stays just out of reach), wham! Frustration. 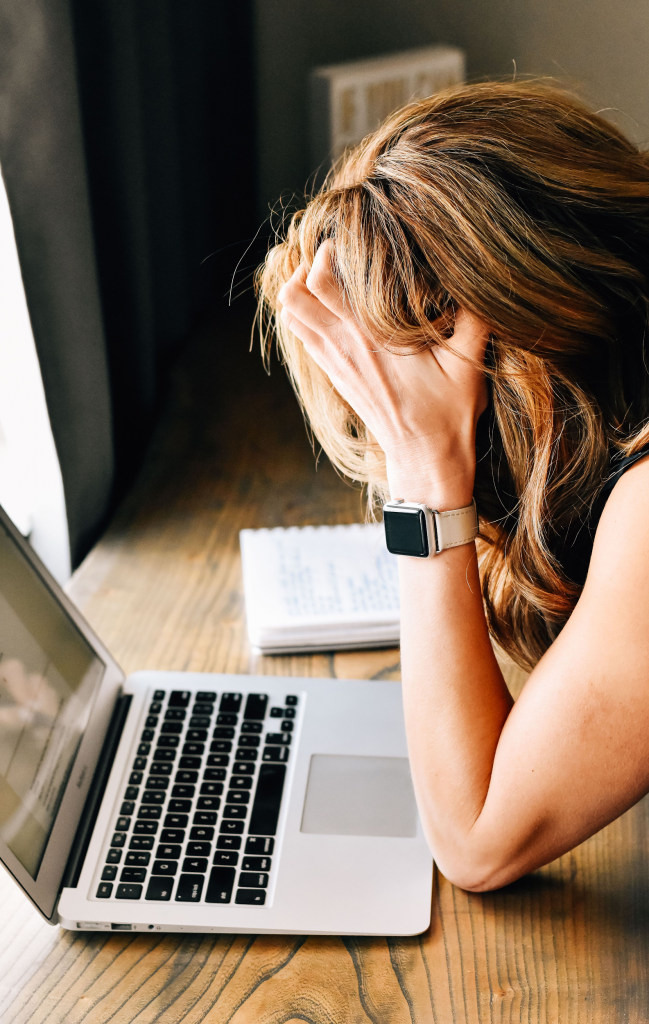 So frustration is part of the game when we’re constantly challenging ourselves and constantly moving forward.

But frustration can get a bad rap because we can harness it to our advantage to help motivate ourselves and reach our goals. But what happens is a lot of people feel frustrated and they let it lead to disappointment. And disappointment and feeling like a failure can suck your motivational mojo right out of you.

Click to tweet: Frustration can get a bad rap because we can harness it to our advantage to help motivate ourselves and reach our goals.

Here’s the thing about frustration that I learned from my late husband (the one and only LQ).

You know how they say, “Don’t compare yourself to somebody else’s success game?”

But my husband said, “No girl, you should be comparing yourself to other people. Let them set the bar and you work towards that goal.” He believed that other people’s success can show you what’s also possible for you and gives you a target to move forward with.

So as you feel this frustration, allow that frustration of other people going faster than you and seemingly having it easier than you drive you to prove to yourself and others that you can do it.

Do you have something to prove? I’m okay with that. Here’s why.

There are people that succeed in life that I like to call STPs (Something to Prove). 😁

Some of the greatest success stories in life have been from people with something to prove – look at Michael Jordan, the greatest basketball player of all time.

Michael Jordan didn’t even make the varsity team when he was in high school, or you can look at Steve Jobs, who had a whole bunch of stuff to prove to his father. Many of these great leaders have always had something to prove – whether it was something to prove to themselves or to others. And that’s a great motivator. 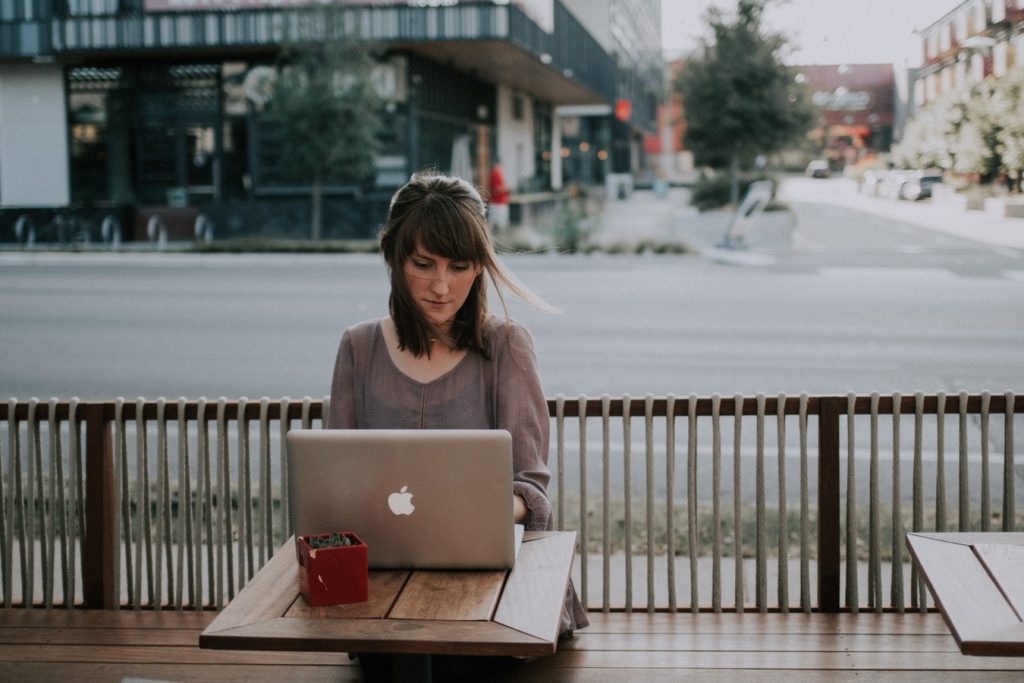 How can you utilize frustration to your advantage and transform it into motivational fuel? That’s the key question, my friend.

Don’t let frustration keep you from your greatness. Stop playing small because the world needs you. 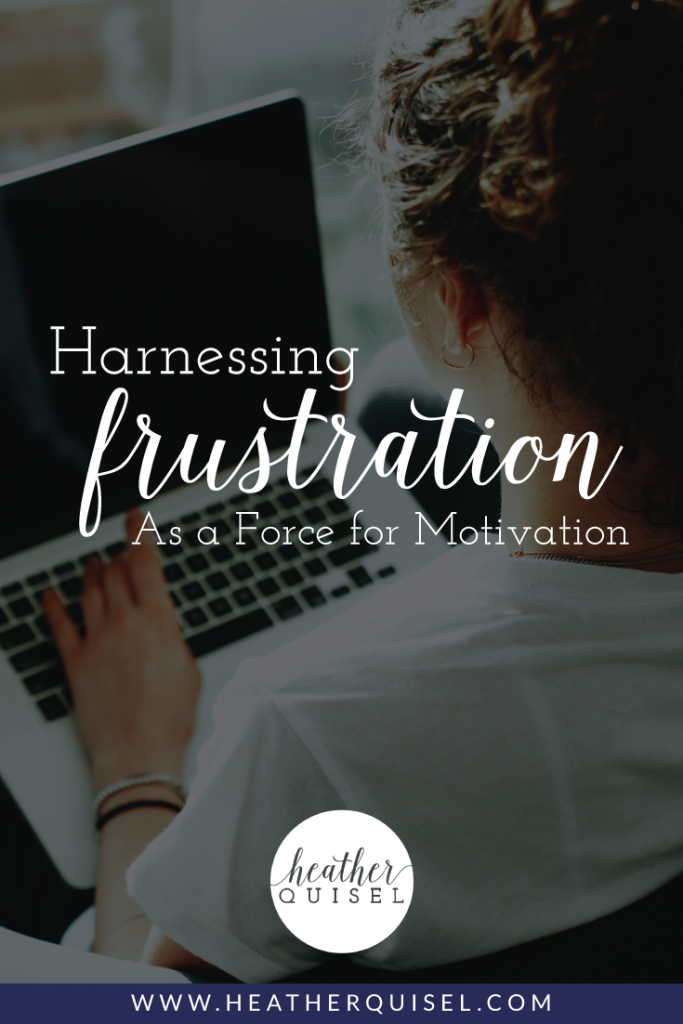 Get the Morning Routine Checklist in your inbox: